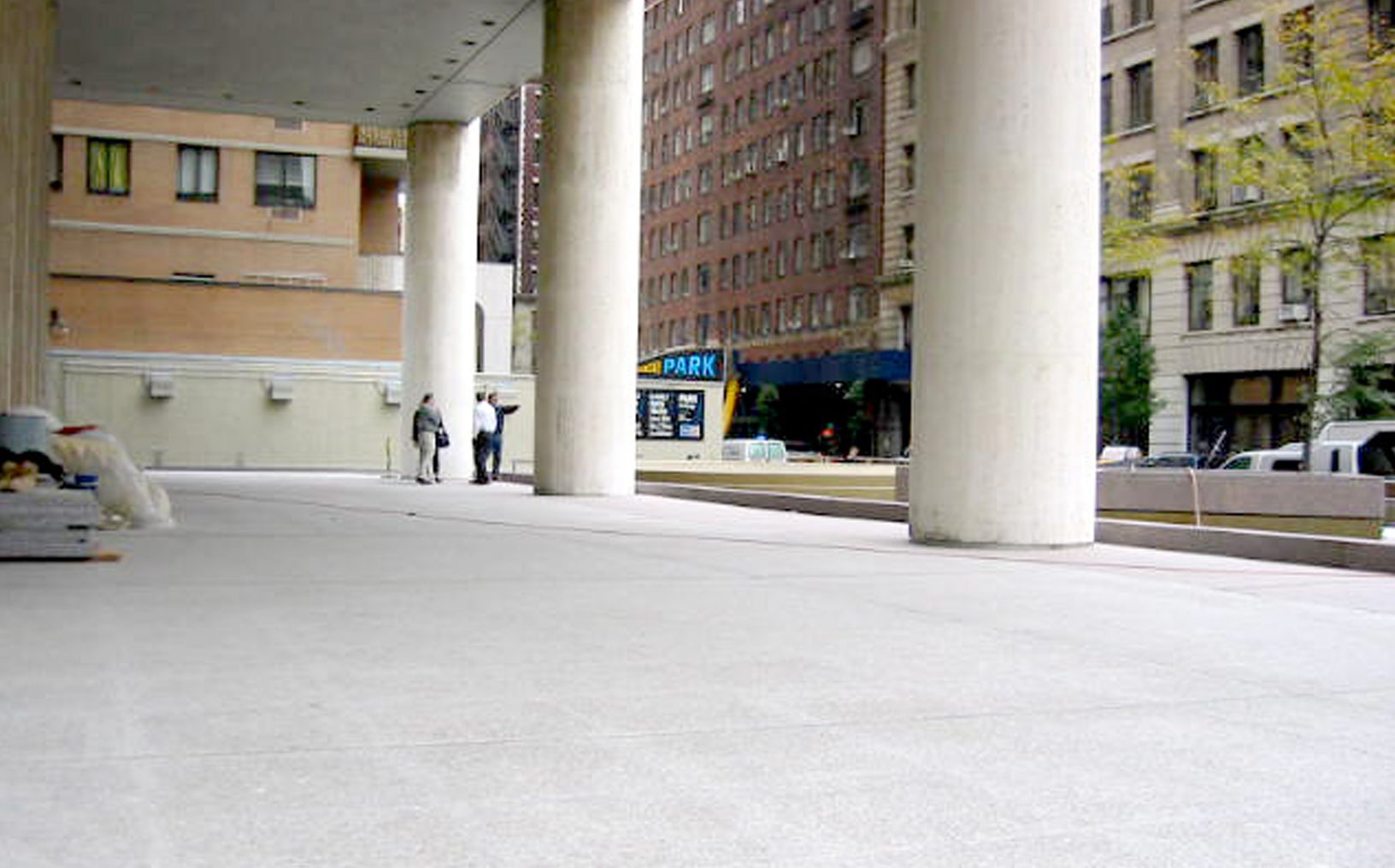 When you think of the “building envelope,” you typically envision roofs, facades, and windows. But the envelope comprises every component that separates the building interior from the outside—including sidewalk vaults and plaza decks.

Whether public or private, plazas are large, urban, open spaces typically enhanced by landscaping or outdoor furniture and subject to pedestrian and vehicular traffic. Because space is tight, they often sit above occupied interior space.

Sidewalk vaults have traditionally provided utilitarian space at the building perimeter, beneath the surrounding sidewalk. The vault structure and deck must support constant pedestrian traffic, as well as the occasional sanitation or delivery truck.

Exposure to water accelerates the degradation of the concrete and steel that support decks and vaults. Because rust can expand to eight times the volume of the original steel, the structure often appears worse at first glance than it really is. Our experience allows us to evaluate the condition of vault- and plaza-supporting structures objectively, and to formulate appropriate solutions.

A closed plaza or sidewalk is a major inconvenience, affecting both safety and commerce. Logistics of the repair process must be carefully considered so that the asset is removed from service for the briefest possible time. That’s why we utilize expedited logistical approaches such as prefabricated components, fast-curing repair compounds, and waterproofing from the interior (negative side) of an underground wall where we have ready access.