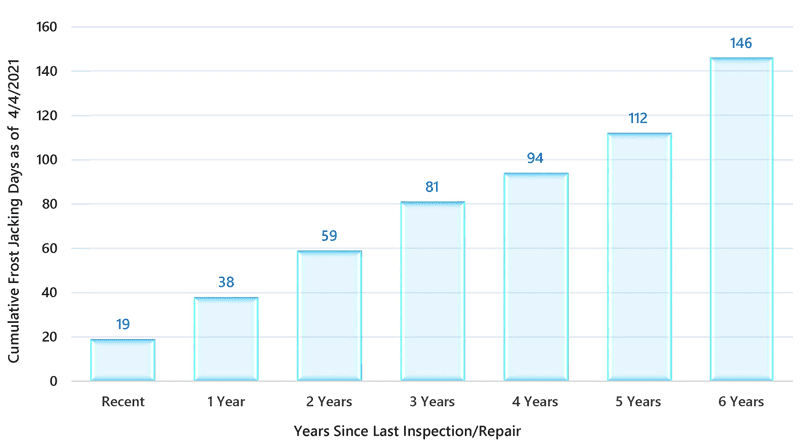 SUPERSTRUCTURES is excited to launch the fourth season of our Frost Jacking Day Tracker. "Frost jacking" is what happens when freezing temperatures cause rain or snow to turn to ice and expand cracks in a facade. As cycles of freezing and thawing accumulate, the cracks continue to grow and exterior hazardous conditions or interior water damage or leaks can occur. We'll be updating the tracker every month between December and April of each season so that you can understand the effect New York City's frost jacking cycles are having on your properties.

March 2021 Update: Given the end-of-week forecast, we decided to wait until Monday for this update, and, sure enough, April 2, 2021, was the last frost jacking day of the season (we presume). That’s four days earlier than April 6, 2016 (the latest since we started tracking). Unusual swings from month to month, but this is the fourth year in a row that the cumulative number of frost jacking days for the season is average. That, in itself, is unusual, because winters usually swing from mild to severe.

We will continue to track until May, but assume this is our last update for the season.