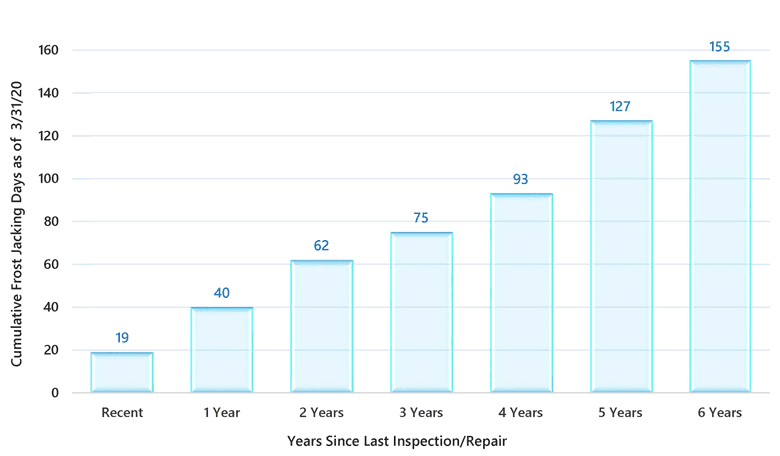 SUPERSTRUCTURES is excited to launch the third season of our Frost Jacking Day Tracker. "Frost jacking" is what happens when freezing temperatures cause rain or snow to turn to ice and expand cracks in a facade. As cycles of freezing and thawing accumulate, the cracks continue to grow and exterior hazardous conditions or interior water damage or leaks can occur. We'll be updating the tracker every month between December and April of each season so that you can understand the effect New York City's frost jacking cycles are having on your properties.