‹ View All Articles
May 17, 2020
This Day in History: May 17th—The Alexander Hamilton Custom House and Cass Gilbert 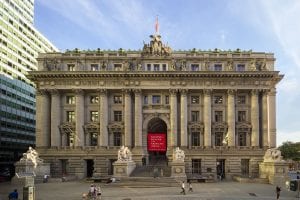 SUPERSTRUCTURES is proud to have been selected by the United States General Services Administration (GSA) to perform Architect-Engineer services for water infiltration remediation at the Alexander Hamilton U.S. Custom House, a National Historic Landmark designed by Cass Gilbert. After a lengthy qualification and proposal process, the first stage of which was initiated in September, 2018, the firm received a Notice to Proceed on March 27th of this year. Not only is this a rare opportunity to add another GSA project to SUPERSTRUCTURES’ portfolio, it’s a chance to restore and preserve one of the most historic and iconic buildings in the city. This award attests to the strength of our track record of winning and executing complex projects for exacting agencies such as the GSA. 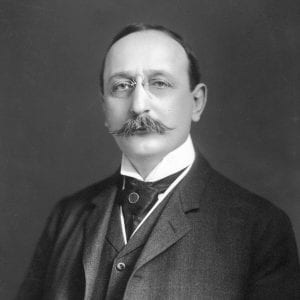 Cass Gilbert was a versatile American designer known for his Beaux Arts masterpieces like the Custom House (1902-07), but also for utilitarian structures like the Brooklyn Army Terminal. He first built his professional reputation on prominent projects in the Midwest such as the Minnesota State Capitol building. Later, Gilbert made his mark on Manhattan with the Broadway-Chambers Building (1899-1900), and the Neo-Gothic Woolworth building (1913)—the tallest building in the world until 1930—among others. On this day in 1934, Gilbert died in Brockenhurst, England at the age of 74, leaving a legacy of remarkable and varied buildings.