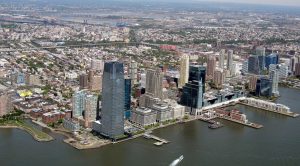 Jersey City recently mandated the following new inspection requirements, intended to assure the safety of the buildings within its jurisdiction:

In each case, inspections must be conducted by a registered architect or professional engineer.

The measures were adopted on August 18th as amendments to Jersey City’s Property Maintenance Code. Specific rules detailing inspection, reporting, and repair requirements will be promulgated under the direction of the Construction Code Official.

These measures came as a response to the recent collapse of the Champlain Towers South Condominium in Surfside, Florida, and were modeled on established facade inspection ordinances in New York and other major cities.

We’ll provide additional information as it becomes available. Meanwhile, get in touch to discuss how we can assist with these safety inspection programs for your building.