Change orders are modifications to a base contract, altering (usually increasing) the cost and sometimes extending the completion date. The quantity and magnitude of change orders are the responsibility of the engineer / architect, with some culpability on the part of the client and the nature of restoration (versus new construction). 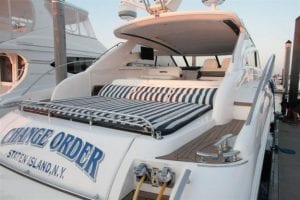 The potential for exploitation through change orders might induce a firm to submit a lower bid if construction documents (CDs) are not tight. A contractor might see an opportunity for profit, especially if unit prices for potential change-order work have not been bid or negotiated in advance.  One contractor in Staten Island owns a boat named “Change Order.”

1) Encountering conditions that were concealed at the time construction documents (CDs) were prepared (e.g. corroded steel hidden behind masonry). The presence of such conditions might be anticipated, but the extent and location is not precisely known in advance. Often, CDs include allowances—an amount built into the base bid for anticipated conditions not explicitly located on the drawings, based on a contractual unit price for each occurrence. If the allowance is exceeded, a change order is issued for the difference. Conversely, if the allowance is not reached, a change order credit is issued.

2) Recognition after work has begun of conditions that should properly have been included in the CDs (OMG, there’s asbestos!). If no contractual unit prices have been established for work that was not on the radar, the owner is at the contractor’s mercy.

3) Expansion of scope. The engineer/architect says “Now that we’re up here on the scaffold, we see some cracks in the parapet that we didn’t notice from the ground.”  If the problem was not seen from the ground, chances are that unit costs for its correction have not been included in CDs. Again, the owner is at the contractor’s mercy.

4) Ambiguity in CDs. A good example from an interior project: The specification read “install wall mounted telephone jack 18” from corner of wall, horizontally.”  The contractor installed the jack 18” from the corner, but the jack itself was oriented horizontally, rendering it useless for a wall-mounted phone. The contractor argued for an extra to reposition the jack. A simple, unambiguous drawing could have prevented the confusion.

5) By design. In some projects, the lump sum bid might cover contractor mobilization, with all restoration work performed on a unit-cost basis, administered as a series of change orders.

6) While you’re here. The owner says “You’ve done such a great job on the east facade, how much would it cost to redo our terraces?” Change orders of this type are usually not a problem because they indicate owner satisfaction that the contractor is performing well, at reasonable cost. 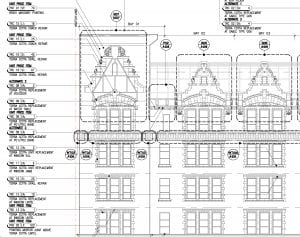 How to minimize change orders: