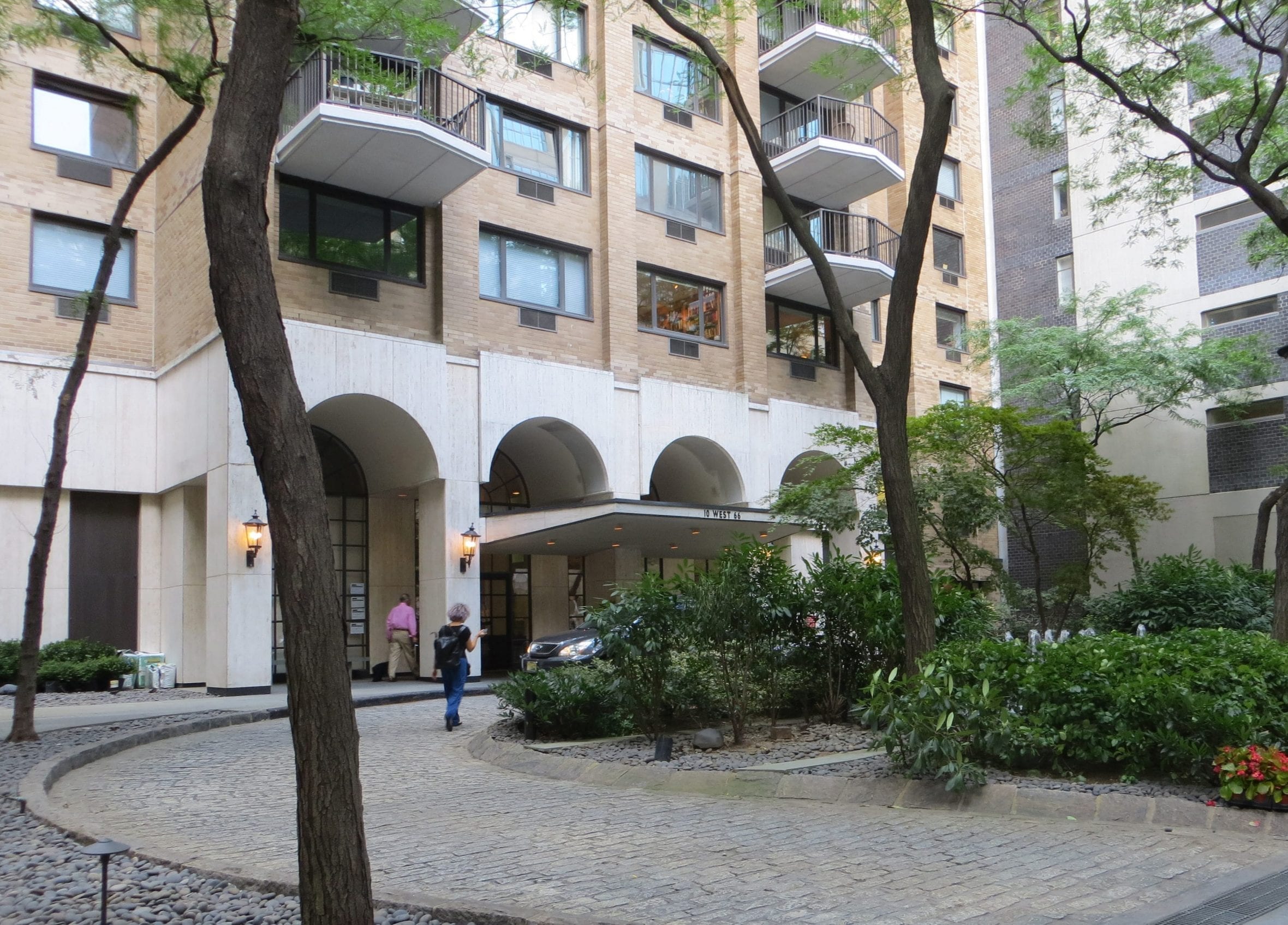 This co-op on Manhattan’s Upper West Side used their required FISP (Local Law 11) façade assessment by SUPERSTRUCTURES as an opportunity to prevent future damage by correcting, stabilizing and refining the existing components of the façade system.

The Park Ten is a handsome residential high-rise located between Central Park West and Lincoln Center. Its landscaped forecourt extends the greenery of the park to the entry portal to the building, where a colonnade with neoclassical travertine arches references the design of the nearby Metropolitan Opera and Avery Fisher Hall. The upper 32 floors are clad in cream colored brick veneer over a concrete frame, punctuated by concrete balconies with metal railings. 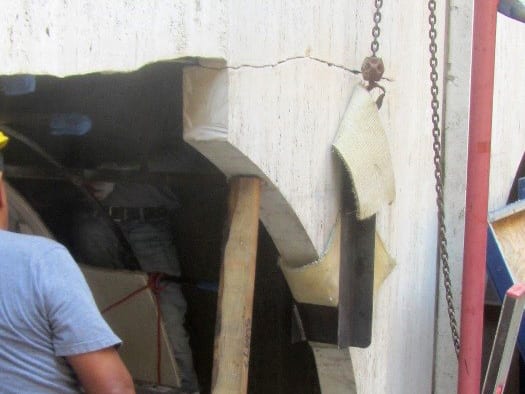 Because of corrosion and failure of metal supports, several of the travertine arches had cracked, leaving some parts only wedged in place. SUPERSTRUCTURES developed custom-made metal brackets to connect the loose lower travertine pieces to the edge beam from behind. This created a very stable yet completely invisible support system for the heavy stone slabs. The coop board was so enthusiastic about this solution that they asked SUPERSTRUCTURES to specify these brackets as a preventative measure on the arches that had not cracked.

Special hooks were welded by the contractor, Cercone Exterior Restoration, to lift the heavy curved travertine pieces back into their correct position. Special care was taken in making the repair mortar color match the existing weathered travertine. SUPERSTRUCTURES and the contractor worked together on site to sculpt a texture into the partially hardened mortar to extend the grain of the sedimentary stone across the cracks. 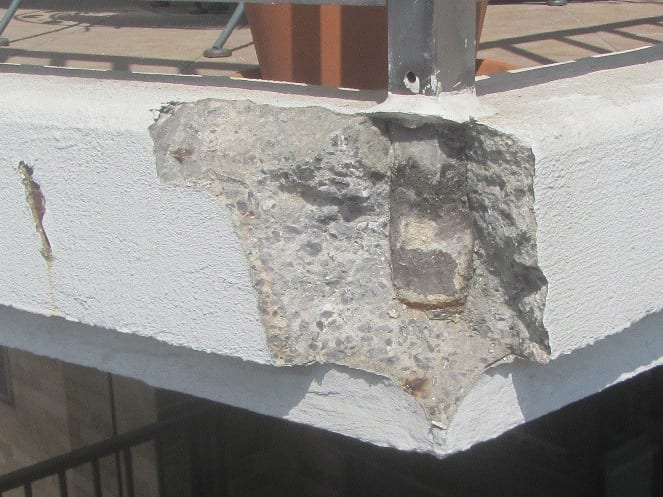 On the corners of some balconies the concrete had spalled off because the rail posts were not held in place by sufficient reinforcing. The stress of the upward cantilevering rail post had caused cracks in the concrete, which in turn led to water infiltration and deterioration.

SUPERSTRUCTURES’ design solution not only addressed the symptoms of this problem by replacing the concrete but also eliminated the source of the problem placing additional reinforcing bars to resist the stress. 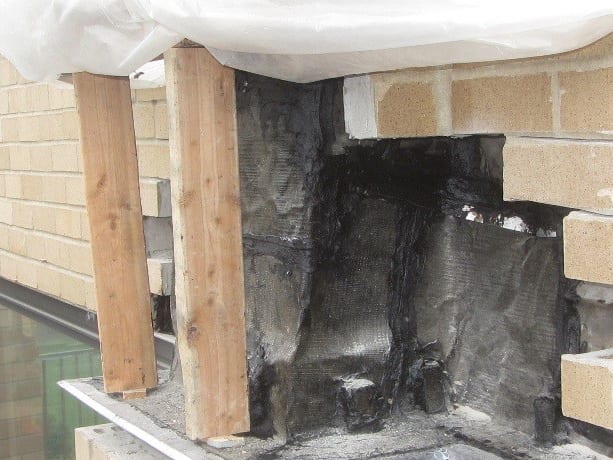 In some locations the face brick masonry joints along the supporting metal shelf angles were deteriorated, and water infiltration caused corrosion of the shelf angles themselves. SUPERSTRUCTURES called for the removal of portions of the face brick to address the assorted causes of this problem.

The flashing in the cavity between face brick and backup concrete masonry units was replaced with proper end dams and new weep holes were placed to prevent future corrosion of the shelf angle. The shelf angles were temporarily removed. After scraping and coating they were reinstalled with proper shimming to support the face brick in the correct location. This avoids future cracks in the masonry.

SUPERSTRUCTURES' expertise in the combined disciplines of architecture and structural engineering was instrumental in the restoration at The Park Ten.  Its success was a result of the close collaboration of the coop board, the managing agent, the contractor, and SUPERSTRUCTURES’ project managers, Georg Windeck, RA, and Mark Ingalls, PE.